Home Fauna How close can you go?

How close can you go?

The great aspect of photographing plants is that they don’t move away from you, so one can take one’s time getting into the right position. With animals one is never quite sure how long they will hang around once they have seen you. Digital photography has transformed the photographing of animals as one can take a photograph as soon as one sees it, then creep slightly closer and closer taking photographs along the way, knowing that if the animal does suddenly bolt, one has at least some record of it.

The frogs around our dam sit on the banks hidden amongst the grass and reeds. As you approach, out of nowhere they suddenly leap and dive into the dam. A walk around the edge of the dam leads to a constant plop, plop, plop, as one after another the frogs leap away. Spotting the frogs before they leap though is much harder.

Last night I took up the challenge of seeing if I could see a frog before it jumped and then photographing it. I eventually spotted one sitting on the edge away from reeds and grass that was quite photographable. I started off with a distant photograph and then gradually crept closer and closer in the hope that it would not leap off. As you can see, this frog was very obliging. (N.b. this was a fixed lens on my camera and no cropping or zooming was involved, just a gradual creep forward.) 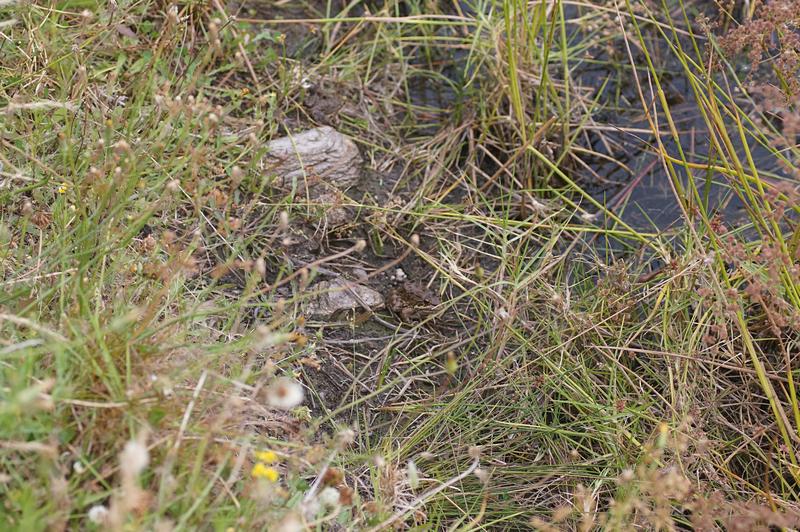 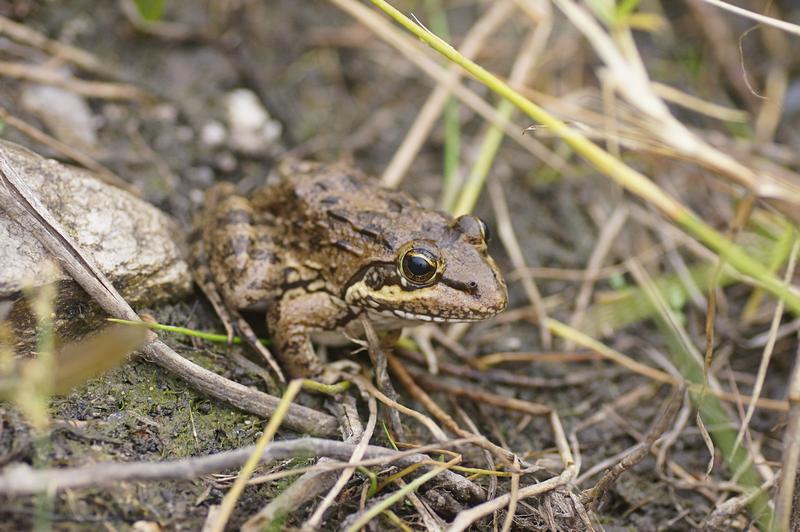 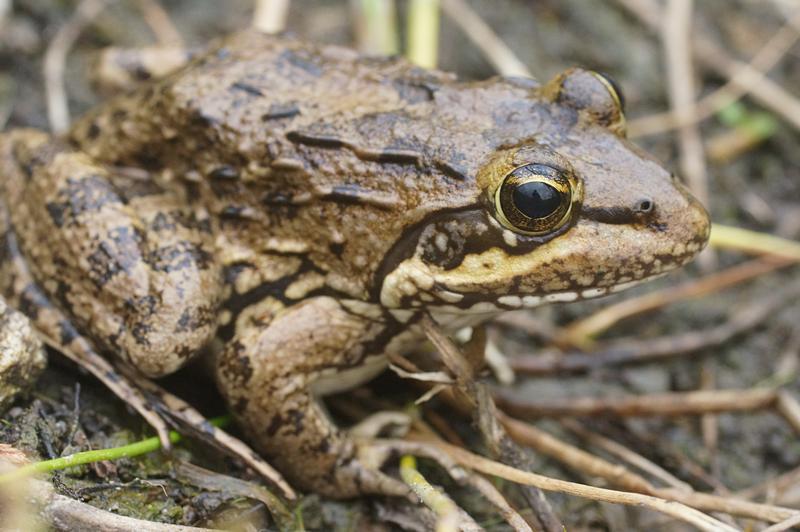 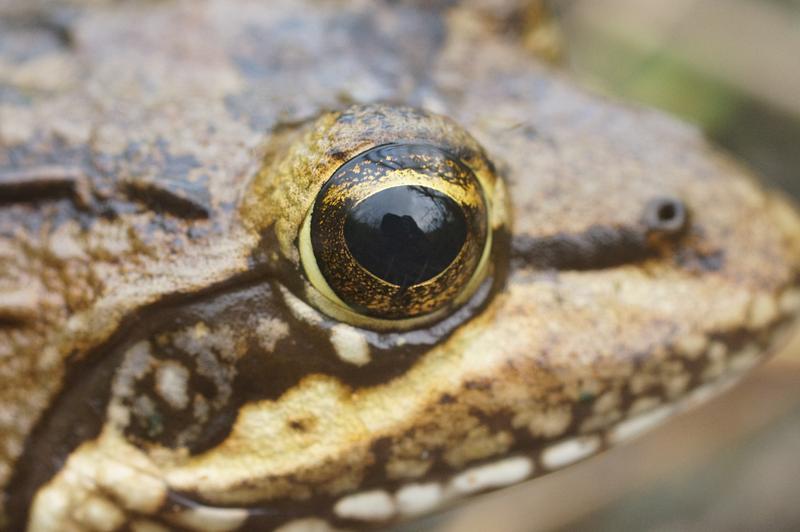 This is getting ridiculous – honestly the frog was still alive and jumped when I put out my finger to check.