There is no doubt that among the greatest masters of disguise in the invertebrate world are stick-insects. In the normal course of events, one will not casually spot them just walking through the fynbos. However, I was fortunate to find this one crawling up my leg after such a walk. Put back in its natural habitat and it soon blends in so naturally with the vegetation around it. I am showing this photograph as large as I can so that you can hunt the stick-insect for yourself. If you cannot spot it, then below is another of the stick-insect when it came out onto a single leaf. Have a look at that one and then go back and see if you can find it in the first photograph. 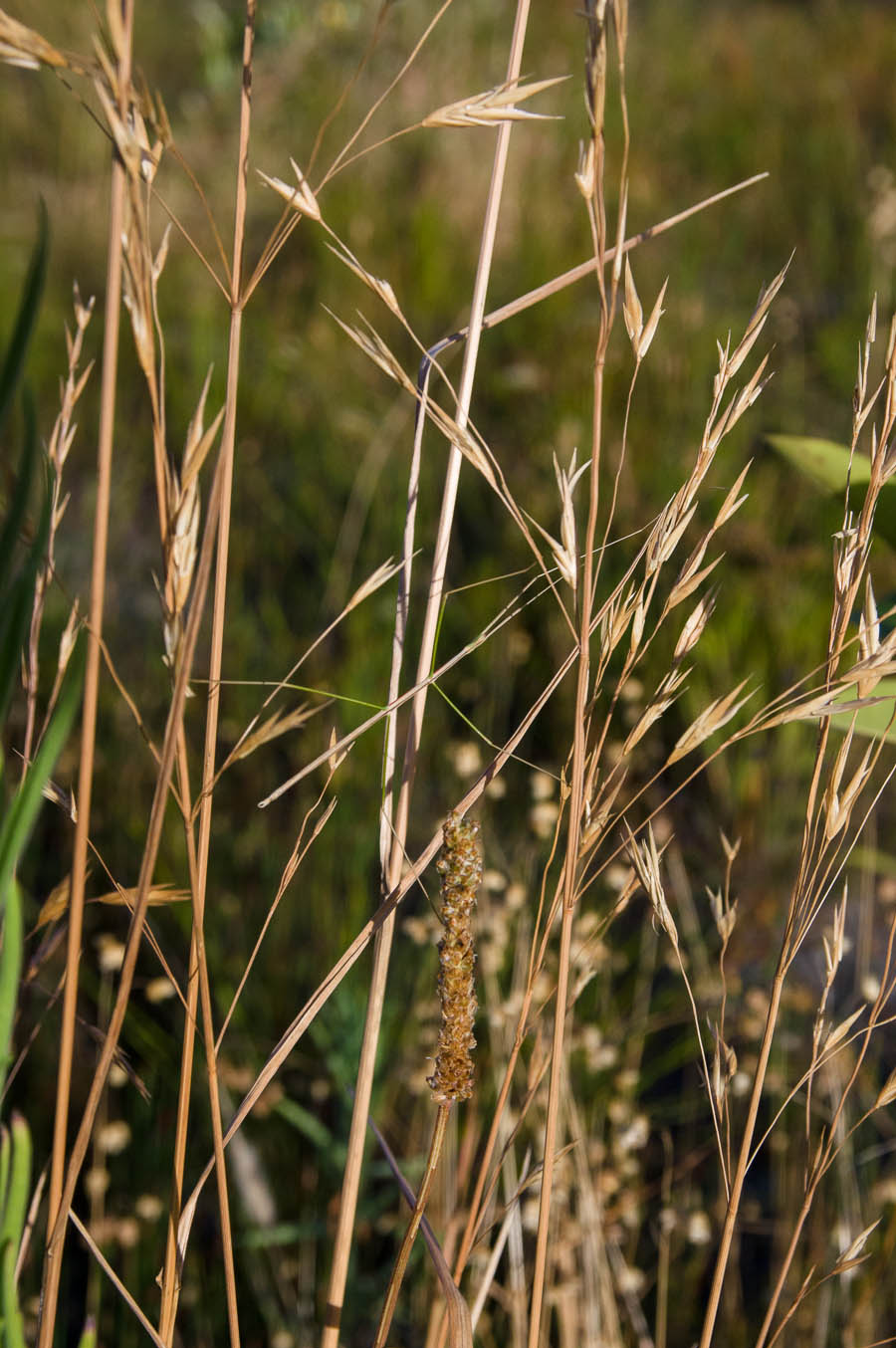 The second photograph makes it look as though the creature has only 4 legs, but when trying to be camouflaged, the stick-insect stretches its front two legs out directly in line with its body, thereby extending its stick-like appearance. 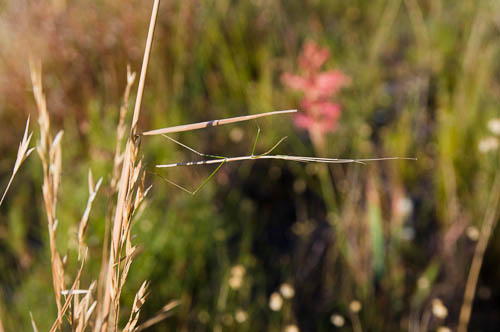 The Cape stick-insect (Phalces brevis) is the most widespread of the stick-insects in South Africa. It is found in a wide range of habitats, including gardens. They are not particularly fussy about food plants, and will even eat non-native plants in gardens. Their eggs are just dropped on the ground, but they have a small projection on the egg known as a capitulum. This is attractive to ants that then take the egg away, eat the capitulum but thereafter the egg is protected by the ants.