Members of the genus Berzelia are popular as indigenous cut-flowers. They are easily recognisable as they have clusters of numerous small ball-shaped flowerheads. But identifying the species within the genus is another matter. The commonest species in the south-western Cape is Berzelia lanuginosa, which grows and often dominates wet marshy areas. It is however extremely similar at first glance to another species Berzelia alopecuroides and careful examination is needed to distinguish the two. Both the species grow here at Phillipskop, sometimes right next door to one another when it is easier to see the differences. 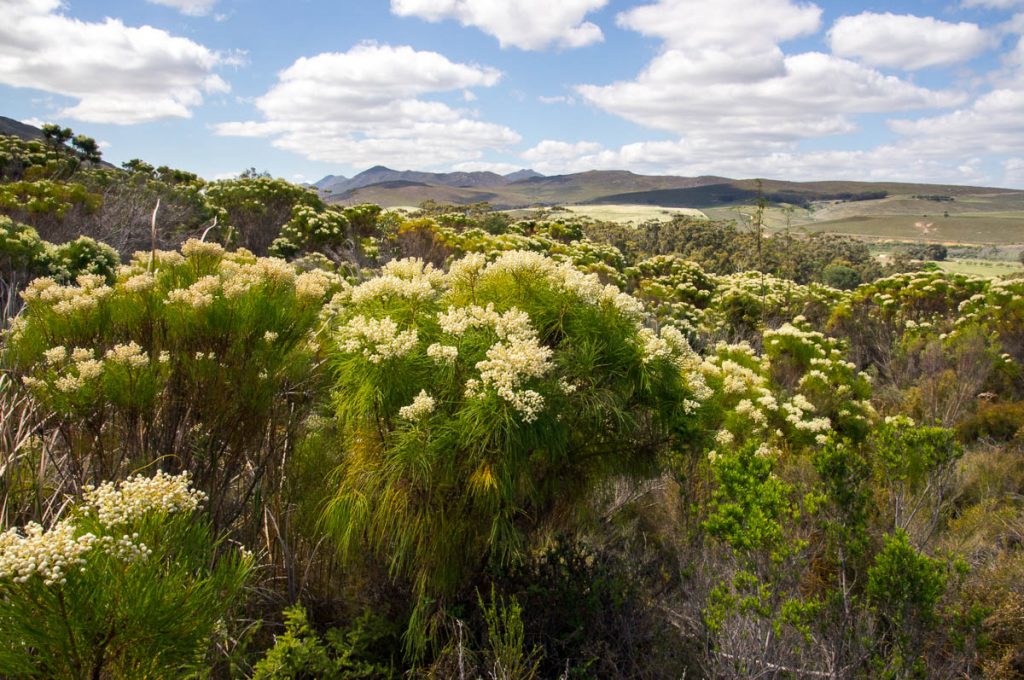 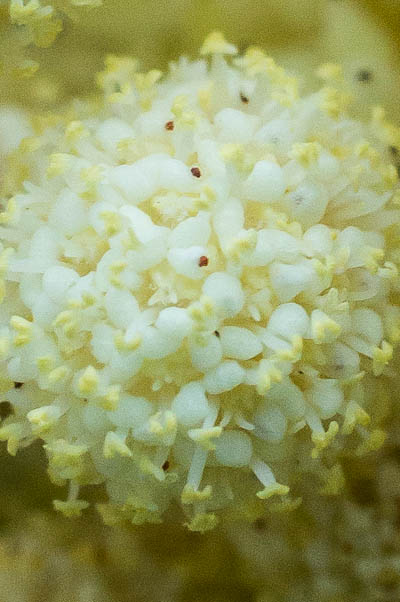 For two species that look so similar, it is surprising to find that for a long time they belonged in different genera. Berzelia alopecuroides was until recently regarded as a member of the genus Brunia as it has 2 styles (Berzelia lanuginosa has a single style). At that time, the significant difference between the two genera was considered the number of locules in the ovary, 1 in the genus Berzelia but 2 in the genus Brunia. This character is only visible with a strong magnifying glass, by counting the number of styles, as the individual flowers are barely more than a couple of millimetres across. Fortunately, recent revisions based on molecular work consider this division to be misplaced and more significant characters to separate the genera are whether the stamens protrude beyond the flower (yes in Berzelia, no in Brunia), and if the flowerheads terminate the growing stem (Brunia) or the growing stem continues to grow through the inflorescence (Berzelia). 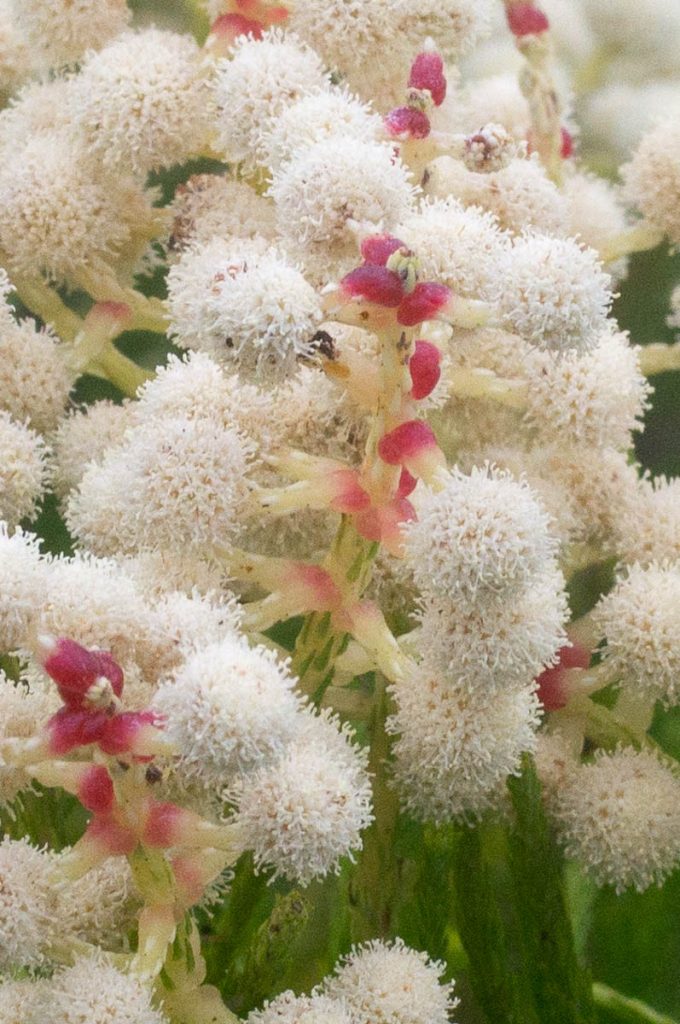 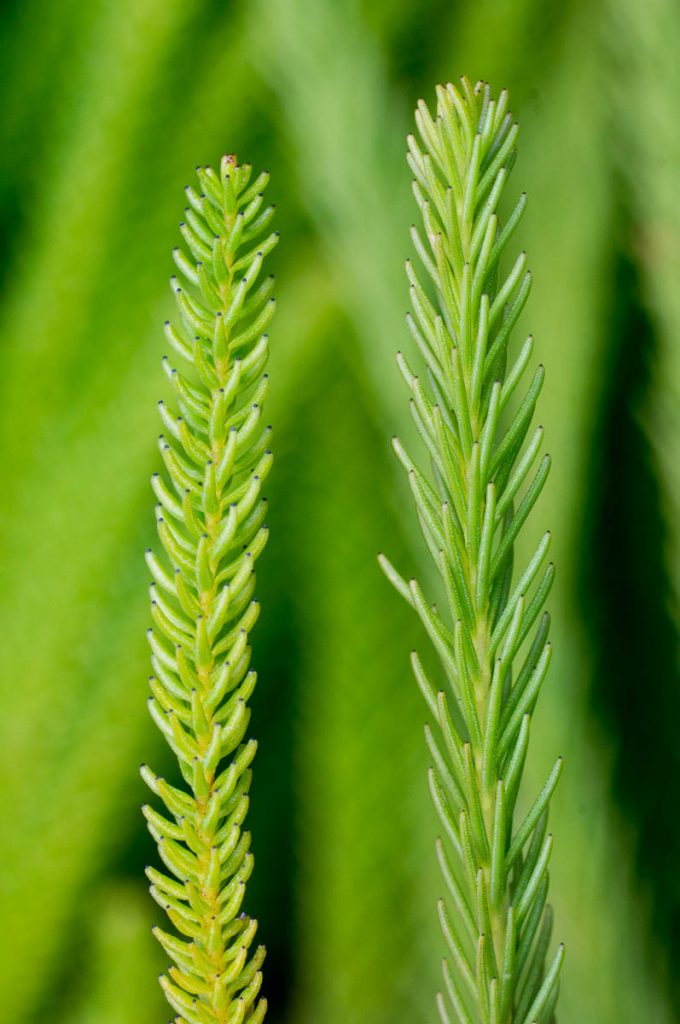 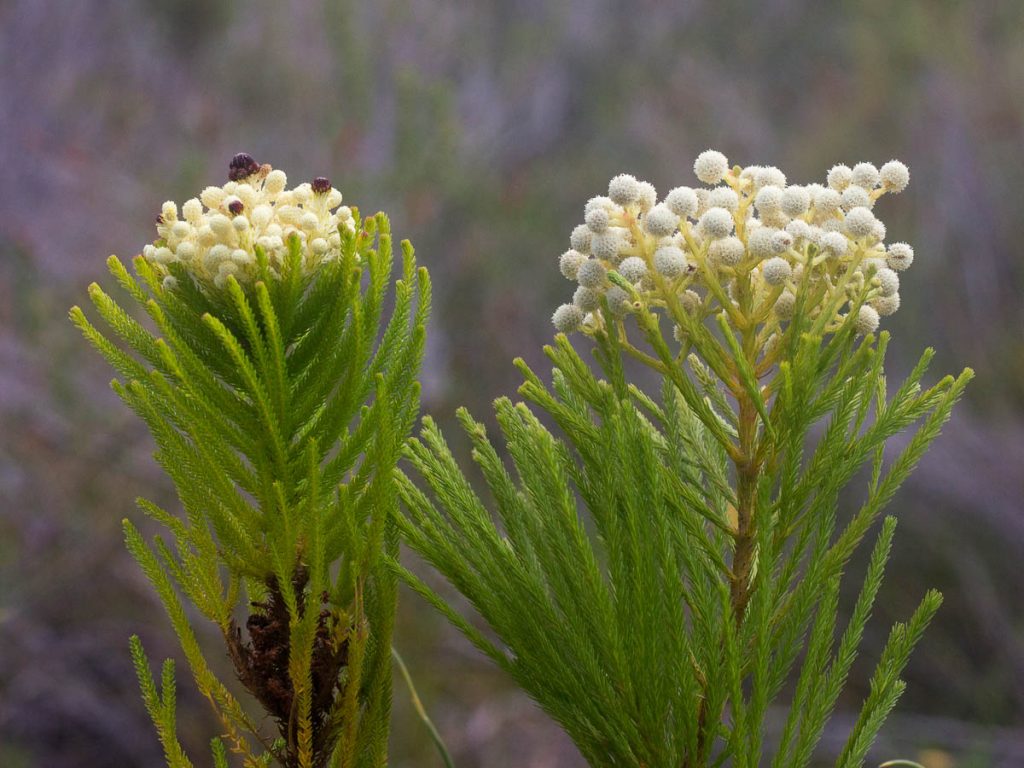 Without flowers the two species are harder to tell apart, though once familiar with the look of the leaves the distinction can been seen as Berzelia lanuginosa has longer thinner leaves than Berzlia alopecuroides. Finally, although they sometimes grow in close proximity, they do differ in habitat. Berzelia lanuginosa is a plant of marshes and stream edges, whereas Berzelia alopecuroides appears to be confined (at least at Phillipskop) to the seepage areas on the upper mountain slopes.

With all these characters, it appears easy to tell the two species apart. But until a close study of them side by side was made, I was getting frequently confused. It is fortunate that one does not need to get out a magnifying glass to count the styles each time one needs to identify them.