An enchanting aspect of studying fynbos is that you often don’t know what is there until it flowers. Many plants use similar life strategies to survive the harsh conditions and thus their habit and leaves can appear identical. So fynbos contains many shrubby plants with needle-like leaves, bulbous plants with flat seasonal leaves, and tufted plants with grass-like leaves. Without the flowers the diversity of fynbos is usually hidden to the casual observer. So it was that until this week, I was totally unaware of this beautiful blue orchid, Disa purpurascens, growing by the car park at reception. Suddenly, we find a dozen or so of these plants along the road from the cottages to the main house. There is no missing their inch high blooms when in flower. 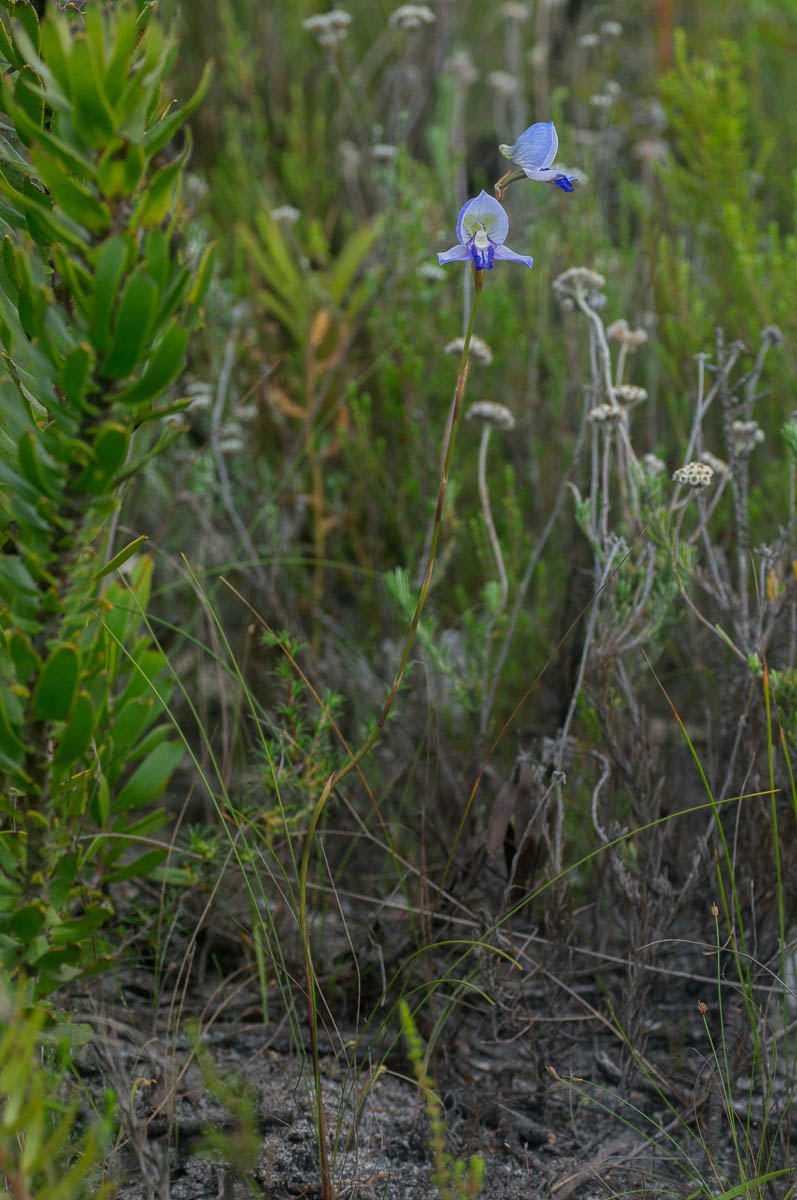 The fine stem and leaves of Disa purpurascens, so that only the flowers show amongst the fynbos

Examining the base of the plant, it is evident why Disa purpurascens is so easy to overlook when not flowering. There are about 10 leaves per flower spike, but they are so incredibly fine and grass-like that they can look no different than the numerous other grass-like leaves that are found throughout the fynbos. It is amazing to think that such fine leaves can produce enough resources to enable the development of so large and beautiful a flower. However, like many orchids, Disa purpurascens does not waste resources on producing nectar rewards for insects. Rather it acts by deceiving insects into pollinating it in the false hope of nectar. In this case, the insects have been found to be carpenter bees. (If you have ever seen the size of a carpenter bee, you will understand why the flower is so large with a wide opening.) 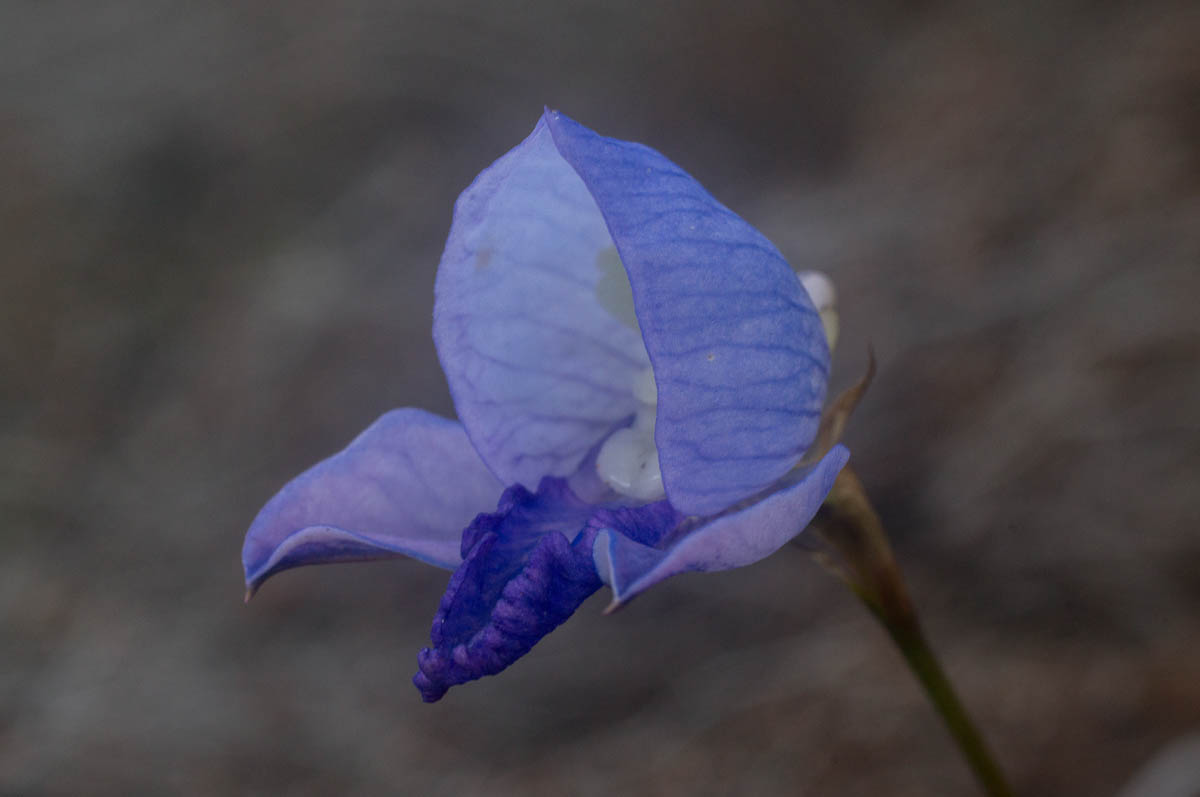