The small blue spikes of Micranthus plantagineus are unlike any other flower at Phillipskop. They appear from the end of November and continue to flower throughout December. The species name means that they are like a plantain, i.e. a member of the genus Plantago. Plants of that genus also have narrow thin spikes of small flowers, but they are almost all wind-pollinated and lack any significant colour. The flowers of Micranthus plantagineus on the other hand are bee-pollinated and blue is a particularly good colour for attracting bees. 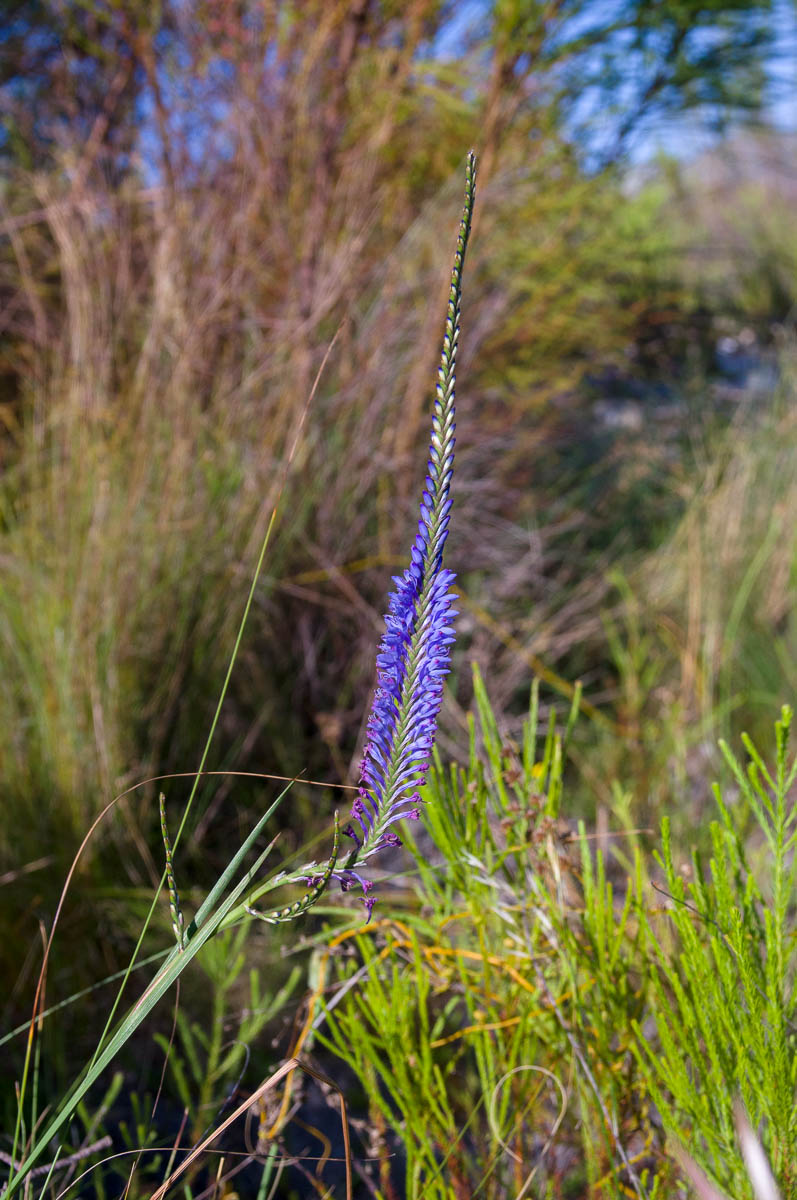 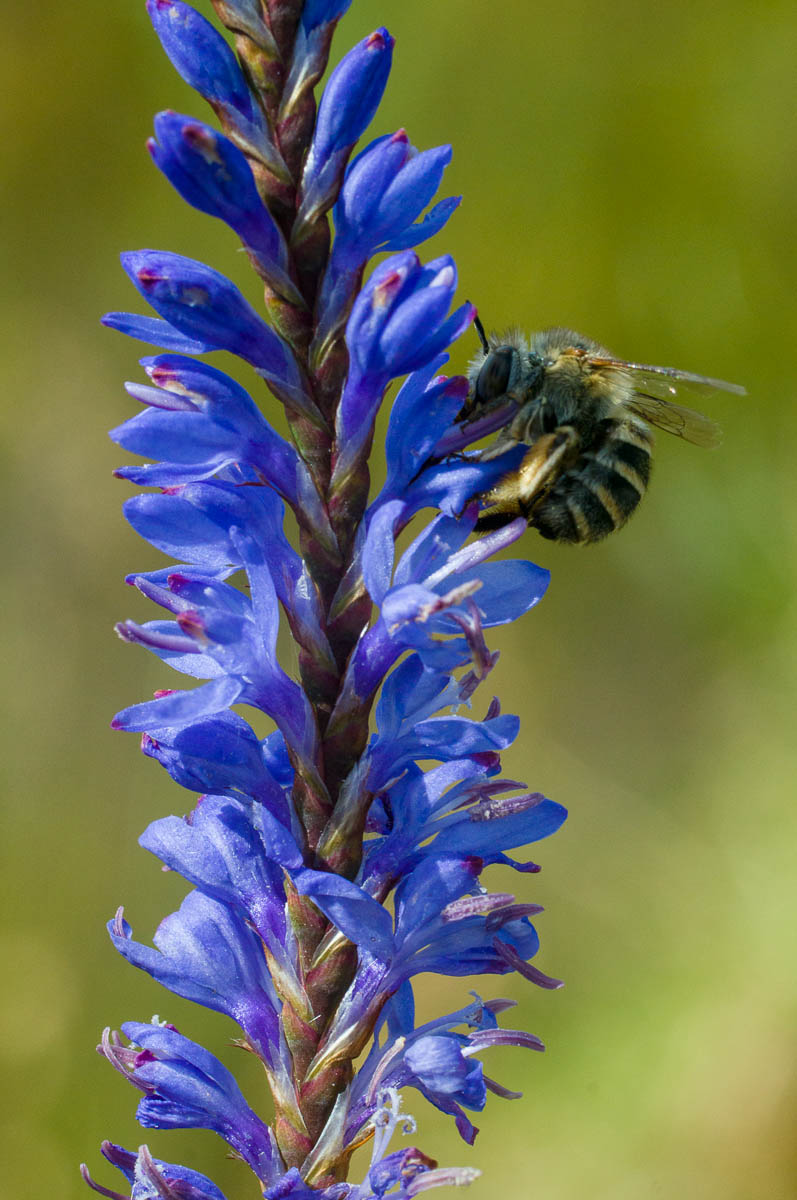 The blue colour is particularly attractive to bees

The genus name, Micranthus, is Greek for “small flower”. Though there are numerous other plants with flowers smaller than Micranthus, within the iris family, Iridaceae, to which these plants belong, such small flowers are a rare occurrence. (Think about other well-known genera in the family: Gladiolus, Freesia, Crocosmia and of course Iris itself.) Despite the small size of the individual flowers, the spikes themselves are dense with flowers that appear repeatedly over a good length of time. It is surprising therefore that Micranthus has in general escaped the attention of horticulture.

There are six species in the genus Micranthus and they all have remarkably similar flowers. All are vary shades of blue, except for Micranthus simplex, which is white with hints of lilac. The species are mainly distinguished by their leaves, which though all long and thin, can be flat and narrow, tubular and hollow, or 4-grooved and cross-shaped. The species are all confined to the south-western Cape, Micranthus plantagineus being the most widespread, found throughout the Cape Floristic Region. At Phillipskop area, there is another species, Micranthus filifolius. The type location of Micranthus filifolius is the Akkedisberg Pass, and we have found it on the path up to the saddle. It is very similar to Micranthus plantagineus but the leaves are solid (hollow in Micranthus plantagineus) and very fine, less than 1mm across, with grooves down their length. There are also differences in the coverings of the corm. 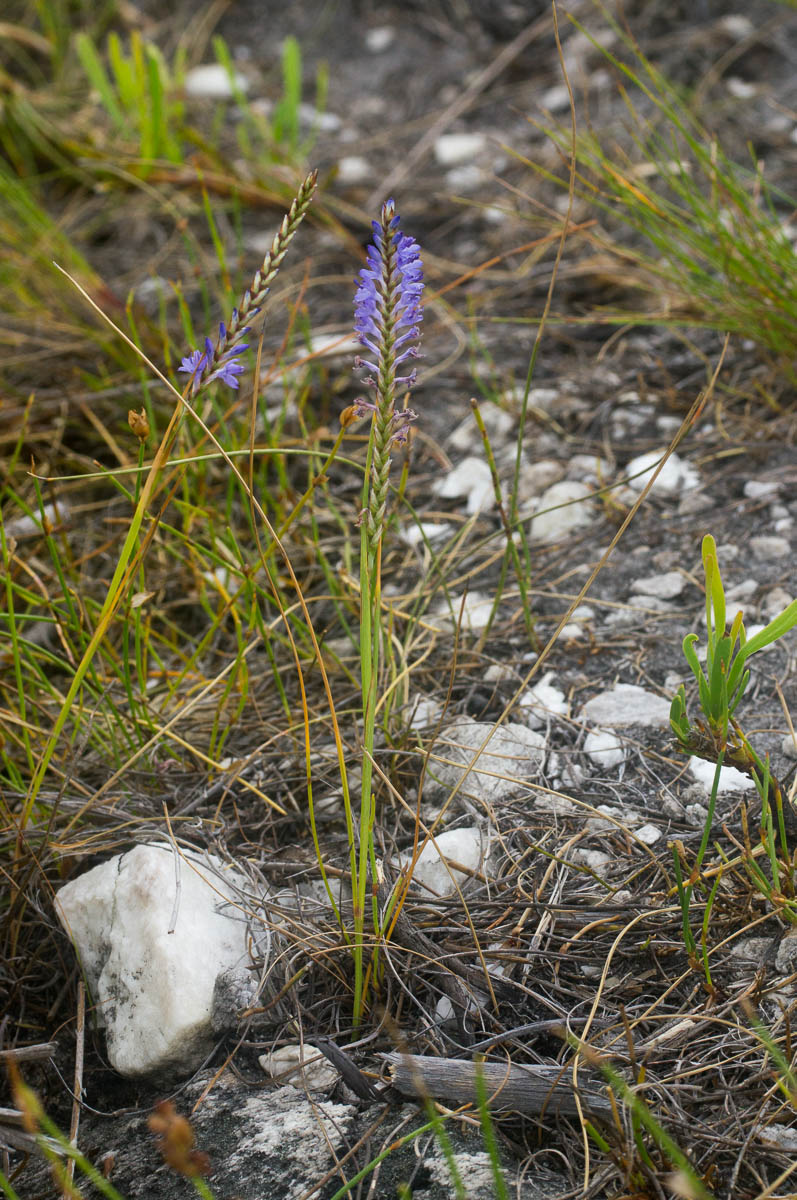 Micranthus filifolius is a smaller plant with very fine leaves 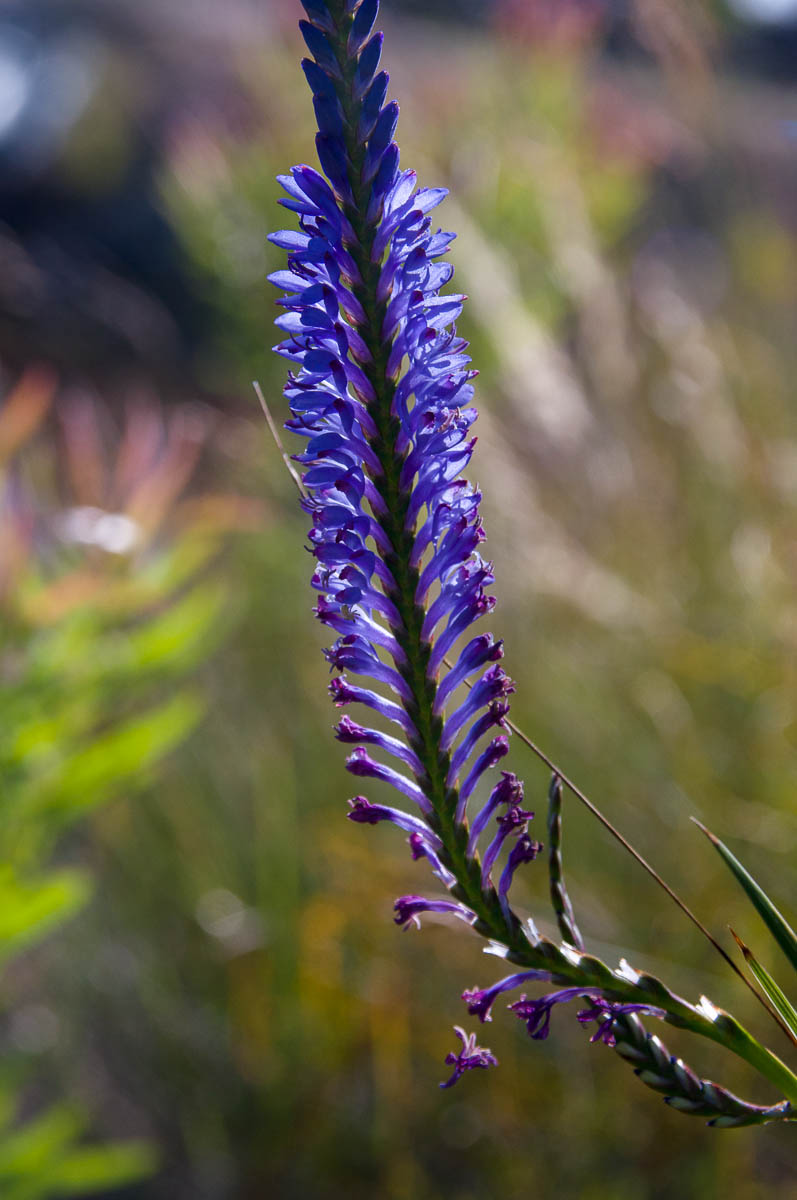 Botanical bit: Micranthus plantagineus was known for a long time as Micranthus junceus. For those wanting to understand why the name changed and more about all the species of Micranthus in greater detail, including some lovely line drawings by John Manning, check out the latest revisionary work on the genus here: http://abcjournal.org/index.php/ABC/article/view/90