Pink and yellow may not be people’s first choice when it comes to home décor or fashion, but when it occurs naturally the combination is exquisite. Here at Phillipskop, we have two species of Oxalis that flower at the same time and in more or less the same habitat: the pink Oxalis eckloniana and the yellow Oxalis luteola. Along our jeep track to the picnic tree, both are common. The combination of them flowering together in profusion is eye-catching to say the least. 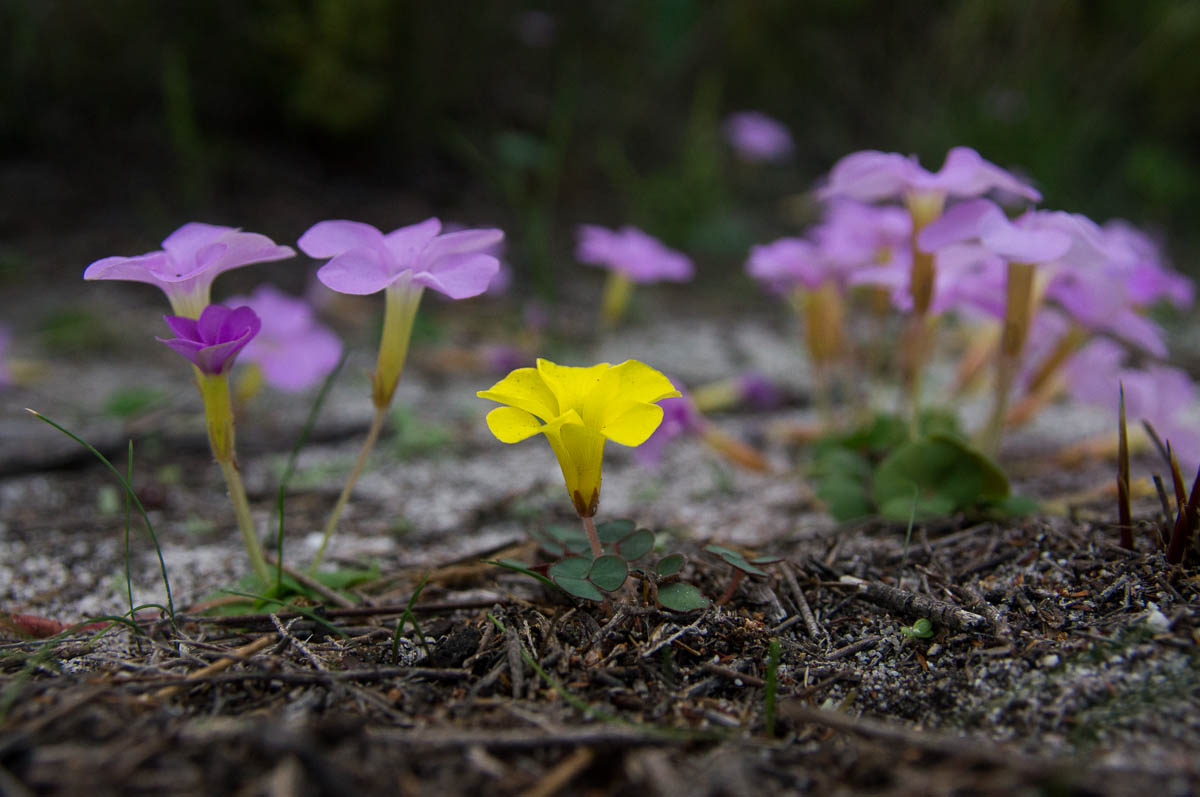 We have several pink and rather similar species of Oxalis, but Oxalis luteola is the only low-growing yellow-flowered species. (The weedy Oxalis pes-caprae also occurs in a few disturbed areas but that is taller growing with several flowers per head.) The name “luteola” means yellowish or pale yellow, rather of an understatement for these bright yellow flowers. The size of the flowers is also impressive compared to the leaves, which they rather dwarf. Just a single flower can sometimes hide the small clump of leaves at the base.

Oxalis luteola can best be distinguished from other yellow stemless Oxalis by the bulb and bracts. The bulb has a gummy outer layer to which sandy particles often stick. This makes it difficult to find and a good deterent against any mammals that consider them worth eating. The small bracts on the pedicel are opposite each other at an articulation. While many Oxalis can be weedy, Oxalis luteola is not particularly aggressive in the garden. Too small for a border, it would nevertheless make an attractive addition to the rock garden or could be easily grown in a small pot. 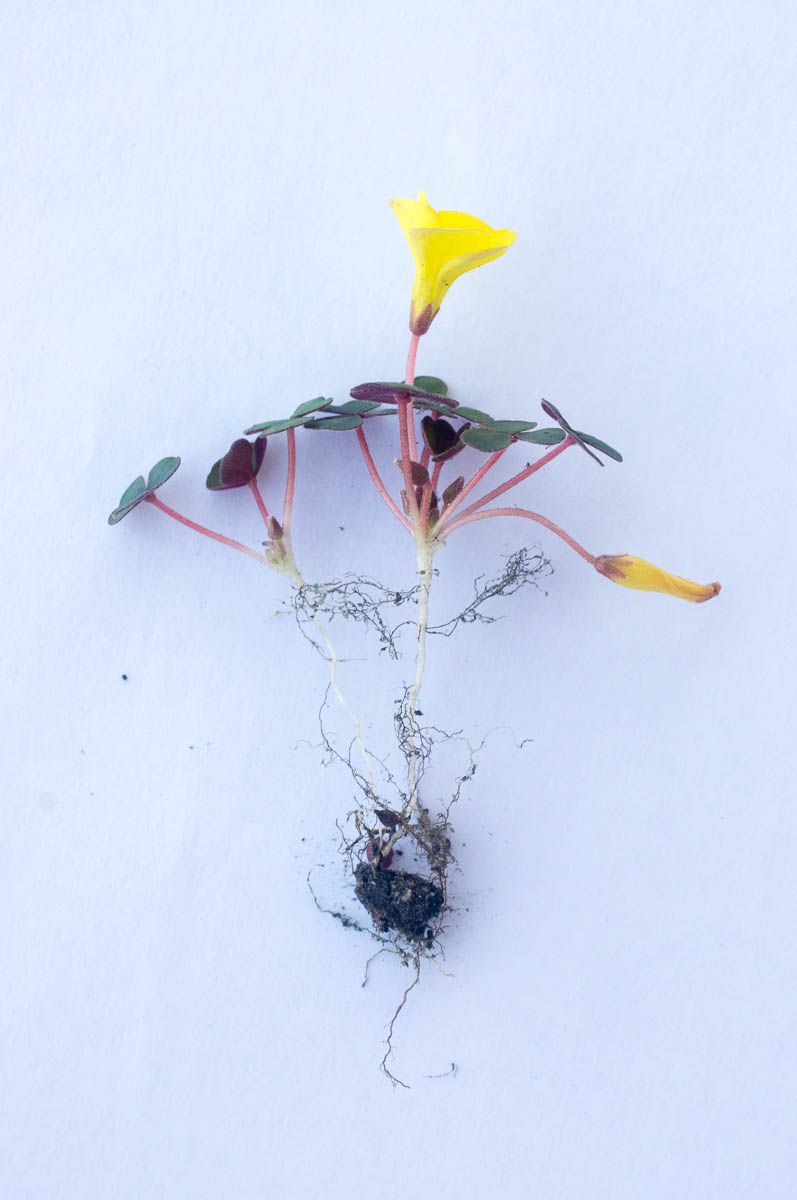 Sand and soil stick to the gummy bulbs of Oxalis luteola