It is difficult to capture on camera the essence of some plants. The flowers can be separated from the leaves, which might be hidden by surrounding foliage or the flowers may be so diffuse on a plant that one can only focus on a single flower at a time. One of my favourite flowering plants of high summer here at Phillipskop is Prismatocarpus brevilobus. However, no photograph can do it justice; you have to be out in the fynbos to appreciate it. 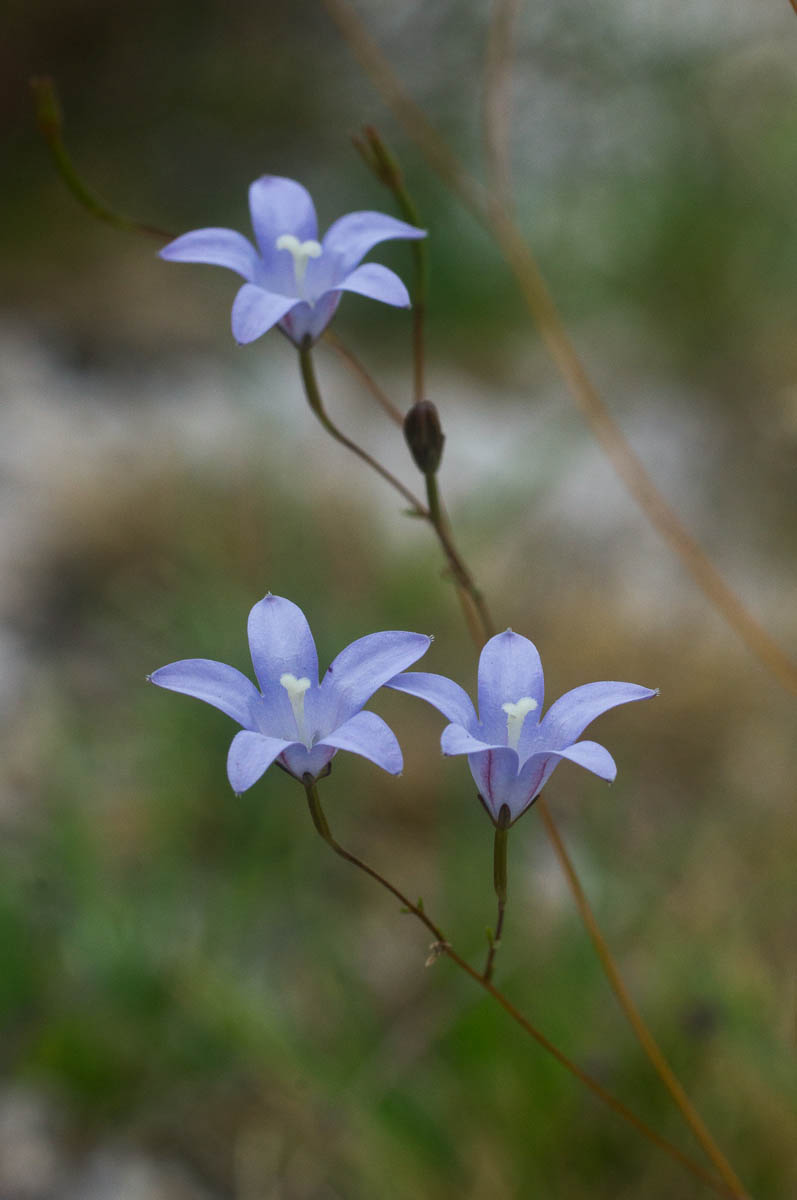 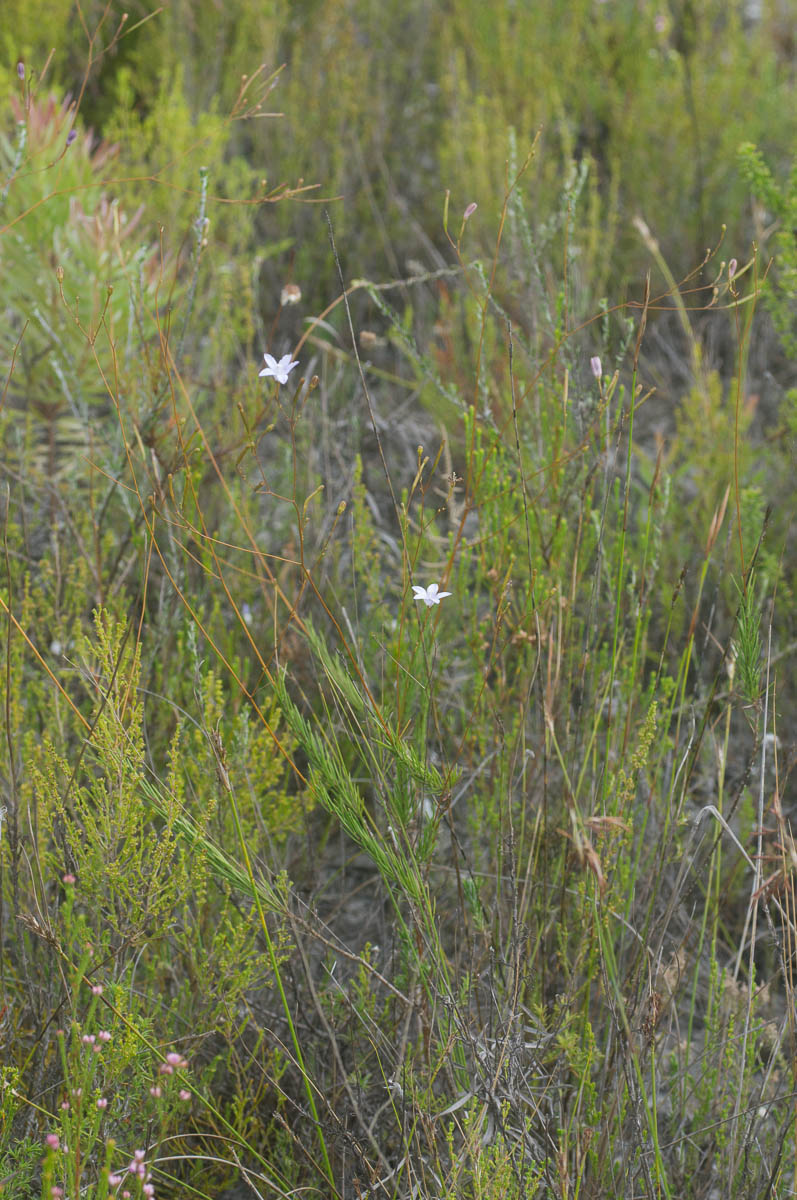 The diffuse panicle with only a few flowers is hard to spot amongst the fynbos.

The stems of Prismatocarpus brevilobus are densely packed with needle-like leaves but they are quite short, usually much shorter than the surrounding vegetation, and so hidden. At the end of the stem the plant produces an inflorescence of radiating fine branches, which branch and branch again (known as a panicle), until they are ultimately topped by a typical bell-shaped flower of the family Campanulaceae. It would be quite a display if all these flowers appeared at once, but instead they appear over a long season so that only one or two are visible at a time, swaying above the tops of fynbos around them. Flowering during the hottest part of the year, January to March, the delicacy of the flowering stems seems almost out of place.

The genus Prismatocarpus is a member of the bell-flower family, Campanulaceae. The 30 species are mainly found in the Cape Floristic Region, but a couple of species extend into Namaqualand and the Karoo. (One species was thought to occur in Zimbabwe, Prismatocarpus rhodesicus, but that has since been transferred to a new genus, Gunillaea.) The genus is closely related to other Cape Campanulaceae genera Roella and Mercieria. The bell-shaped flowers can look similar to Roella species (whereas Mercieria have narrowly tubular flowers). The key difference between the two genera are the seedpods, which in Prismatocarpus are long thin and cylindrical in shape and split into 5 long strips. In Roella, they are obovoid and release their seed through a hole in the top near where the style was. 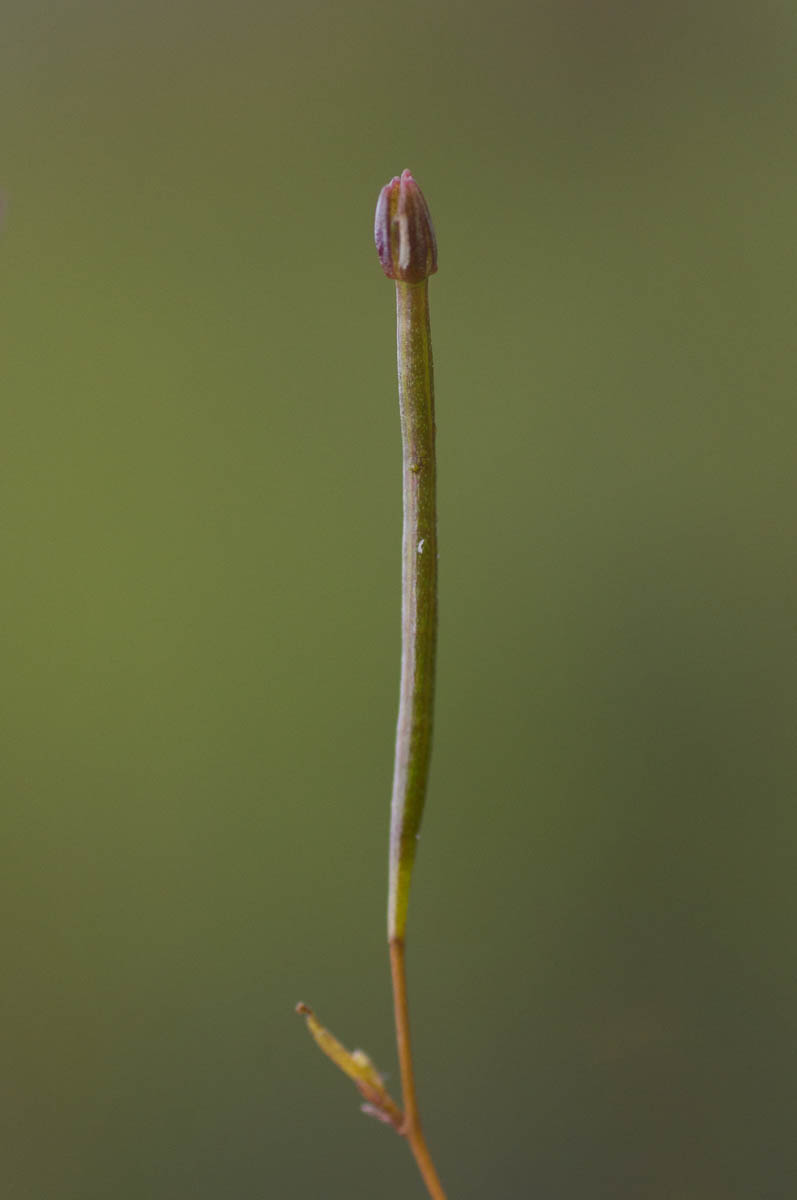 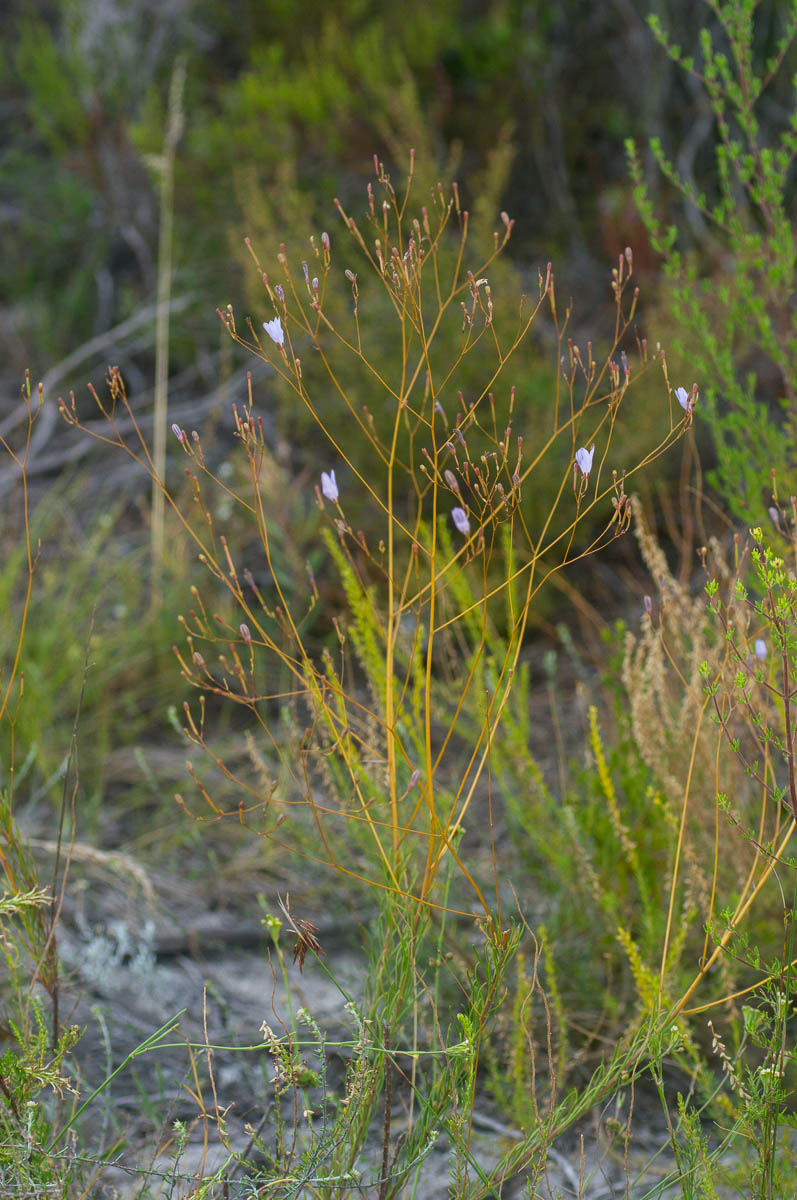 Four species of Prismatocarpus are known from the Klein River Mountains but this is the only one we have found so far at Phillipskop. The other three species, Prismatocarpus schlechteri, Prismatocarpus sessilis and Prismatocarpus tenerrimus have almost sessile flowers along the branches, often subtended by leaf-like bracts, not in a leafless panicle.