Today was a mammoth day of travelling: an almost 600km round trip very kindly driven entirely by John Burrows of Buffelskloof. The aim was to find Kniphofia albescens, which he had seen in the uplands near Piet Retief some years ago. If that was successful we hoped to go on to find K. splendida near the Swaziland border, but John had not seen that in South Africa before. The day started well enough as the mist dissipated but sightings of Kniphofia were not forthcoming. Even the widespread K. linearifolia was showing no signs in the vleis where John had seen it before. Finally, having set off early at 6am, we found our first poker over five hours later. A rather handsome form of K. linearifolia but still not really what we were hunting for. 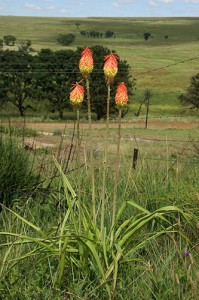 The landscape we were driving through was largely arable. Extensive fields of maize, only occasionally interspersed with unimproved grazing land. There were several false stops along the way, as someone spied a whitish blob in a field. The reverse gear of the car was much in use as we were usually many metres past the sighting before reaction to the possibility of a successful find took hold. My guide was very patient but I became more and more reticent to call for the brakes to be applied once again. We were beginning to debate the options of going on even further or turning back, when a small insignificant distant blob in a field brought us to another halt and we reversed up again. The binoculars were employed and to our immense relief, a couple of spikes of K. albescens were visible some 50 metres into the middle of the field. However, as I set off to photograph the plant, it soon became evident that this was just the edge of a large population of the species in full flower. 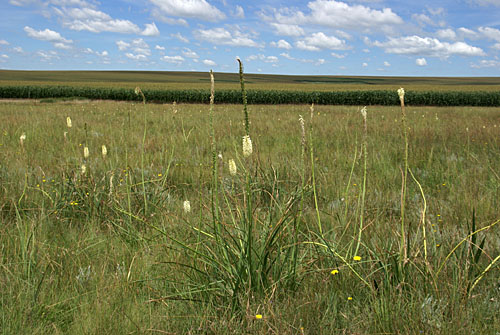 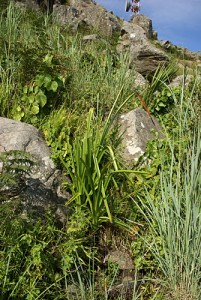 Our mood improved considerably from that point. We even found unusual forms of K. laxiflora and K. linearifolia a few km further down the road. Even so after 6 hours of driving we decided to head homewards via the possible K. splendida site. We had one reasonable locality for K. splendida, some 4 miles east of Lochiel, but the record was over 60 years old, and so expectations were not high. However, at just that distance there was a small koppie with a radio-mast on top and we considered that a good botanising spot. Sure enough, amongst boulders and scrub on the south side of the koppie, a few plants were located. Not flowering, but still a successful end to a day that had begun so worryingly. 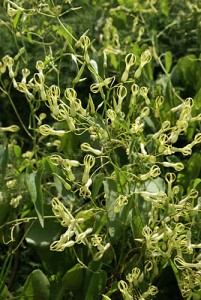 Plant of the day: Riocreuxia torulosa – this relative of Ceropegia almost covered every bush in a small area near one of the rivers we crossed. It produced a sickly sweet smell that was almost overpowering because there were so many flowers. 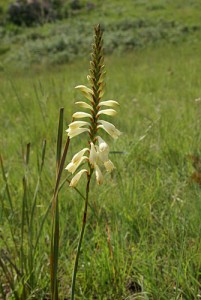